Here is the famous, talented and beautiful Raquel Welch looking very Sci-Fi and dancing in a Space Age Bikini in Mexico in the 1970’s. About two thirds into the performance it morphs from The Space Dance into California Dreaming which is kind of cool. Below is her version of the hit song California Dreaming.

I believe the location of this video is Ruta de la Amistad, or the Route of Friendship located in Mexico City. It “consists of 22 large-scale sculptures commissioned for the 1968 Summer Olympics. Intended as permanent memorials, the sculptures were created by artists of international renown. Nineteen of the sculptures were set along a 10-mile (17-kilometer) route that united distant Olympic venues—after the Olympics the route developed into a major highway around Mexico City, the Periférico Sur.”

These songs featured in Raquel’s TV Show from the 1970’s which was a huge success. It was a multi million, glamorous song and dance special filmed in locations around the world from Palaces in Paris to Pyramids in Mexico. “Raquel! was an April 26, 1970 CBS television special starring Raquel Welch, Tom Jones, Bob Hope and John Wayne executive produced, directed and choreographed by David Winters.

The special, considered by some to be a classic ’70s timepiece, unites pop-culture icons in their prime. The multimillion-dollar, TV song & dance extravaganza was filmed around the world – from Paris to Mexico. Lavish production numbers of classic songs from the era, extravagant Bob Mackie -designed costumes and notable guest performances.” (Wikipedia)

Raquel Welch was born in Chicago in 1940 and was an Icon of the 60’s and 70’s. An actress, singer, dancer and model who became an International Sex Symbol and Superstar and “the most desired woman of the 1970’s”. She shot to stardom in the Hammer Production of “One Million Years B.C.” in 1966.

“Despite having only three lines of dialogue in the film, images of her in the doe-skin bikini which she wore became best-selling posters that turned her into an international sex symbol.” (Wikipedia)

Now here is an EPIC Version of The Age of Aquarius entitled Aquarius and Let the Sunshine In. The Music rocks up a notch about half way through. Note the elaborate Zodiac costumes. This was filmed in Teotihuacán, an ancient city in Mexico, I believe at The Temple of the Sun and The Moon. It is today renowned for being the site of many of the most architecturally significant Mesoamerican pyramids built in the pre-Columbian Americas.

Raquel Welch was 28 when she began filming these dance sequences. The dance moves were all her own and she was in the prime of her Sex Symbol Star Power! Part of the vocals were done by a singer called Tina Cole.

I am sure you will all agree she’s a great dancer! And the 70’s Theatrical styles and costumes as well as the exotic locations are amazing. 🙂 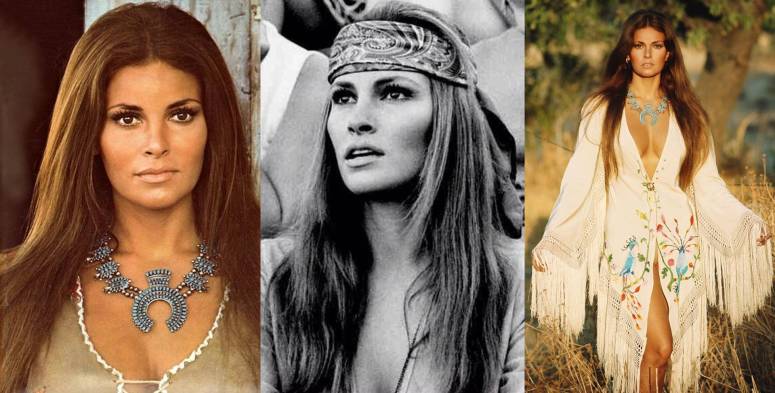 (This post is by SupernaturalHippie.com – Not to be reproduced without prior consent.)

4 thoughts on “Raquel Welch as you’ve never seen her before in Space Dance, California Dreaming and The Dawning of the Age of Aquarius in Mexico…”