Who is The Lord of The Dance?

Who is the Lord of the Dance? When you think of that, you might think it’s Michael Flatley, World Famous Irish Dancer as who can forget that famous, spine-tingling mystical music and dance performance that put Irish Dancing, centre stage globally at the 1994 Eurovision Song Contest in Dublin. But there’s more than one Lord of the Dance in this world! And it’s all open to interpretation.

Lord of the Dance was also a song by “The Dubliners”, a famous Irish Folk Band founded in 1962 and was recorded I believe in 1975. It was a song I remember, growing up, that older people often hummed or sang, when they were going about their business or driving in a car. So the lines kind of stuck in my head. And I often wondered where they came from.

The song, the melody and the lines were kind of catchy. And songs about God and the Devil kind of stick in your head! Lord of the Dance was actually written as a hymn by an English songwriter called Sydney Carter. He was an English folk musician, poet and songwriter born in Camden Town in London. We can thank him for conjuring up The Lord of The Dance. He lived to the ripe old age of 88 and is buried in West Norwood Cemetery in London.

So Sydney Carter wrote the lyrics but the actual melody of this song was borrowed from a Shaker song called “Simple Gifts”. The Shakers were a Christian sect where women were allowed to take on spiritual leadership roles alongside men. They adhered to a model of equality of the sexes, had a communal lifestyle and were pacifists with a simple living style. They practiced charasmatic worship which is a form of Christianity that focuses on The Holy Spirt and Modern Day Miracles.

They were a break off group from The Quakers, a Christian group who sought to have a direct relationship with Christ believing the Kingdom of God is within each person.

“Quaker movements are all generally united in a belief in the ability of each human being to experientially access the light within, or “that of God in every one”. (Wikipedia)

The Shakers were originally known as “The Shaking Quakers” as they indulged in ecstatic behaviour during worship services. They engaged in singing and dacing and letting loose, though they were also celibate.

A Song inspired by Jesus

Sydney Carter’s song was written following the format of a traditional English carol, “Tomorrow will be my Dancing Day” and he was inspired, partly, by Jesus which is quite apparent.

But he was also inspired by an Indian statue that sat upon his desk. That of the Hindu God, Shiva, a principal deity in Hinduism. Also known as The Destroyer, a supreme being that created, protected and transformed the universe. 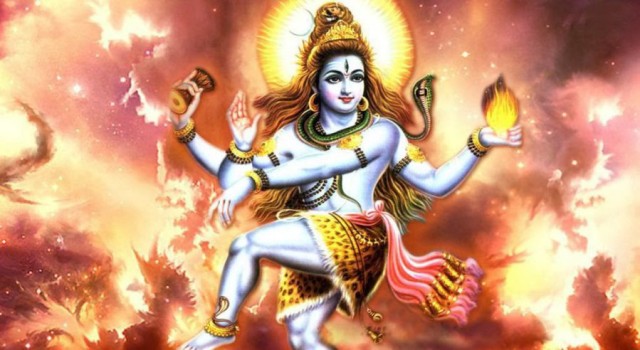 His statue of Shiva was in dancing pose, also known as Nataraja, which depicts the Hindu God as a Cosmic, Ecstatic Dancer. When he wrote the song he did not think the churches would like it at all.

“I thought many people would find it pretty far flown, probably heretical and anyway dubiously Christian. But in fact people did sing it and, unknown to me, it touched a chord … Anyway, it’s the sort of Christianity I believe in.”…I see Christ as the incarnation of the piper who is calling us. He dances that shape and pattern which is at the heart of our reality. By Christ I mean not only Jesus; in other times and places, other planets, there may be other Lords of the Dance. But Jesus is the one I know of first and best. I sing of the dancing pattern in the life and words of Jesus.”

The song lives on

Lord of the Dance is still known and performed and is a very popular song. And, as with a lot of artforms and music, it bridges gulfs. It appeals to religious and non religious alike. Songs like Spirit in the Sky did the same. Interestingly, a lot of the people I heard humming it weren’t particularly religious. Songs are songs and nothing is set in stone. Life is fluid, beliefs are fluid, learning is constant, life is transition.

So, now you know the link between the Hindu God Shiva and Lord of The Dance! Coincidentally, I went to see a performance of Lord of the Dance in London in the 1990’s with an Indian friend and I have to say it was absolutely spectacular! So there we were, an Irish girl and an Indian girl watching Lord of the Dance on stage unaware of the origins of it’s name.

Will leave you with that amazing Eurovision performance of Riverdance from 1994. Seven minutes that changed the face of Irish Dancing forever creating an extraordinary international response. I think there should be more dancing in life! More moving and shaking!

Natarajasana – Lord of The Dance Pose

PS: Did you know… In yoga, Natarajasana is known as the Lord of the Dance pose and is a standing balancing pose dedicated to Shiva’s dance.

(This post is by Anne-Marie at SupernaturalHippie.com. No unauthorised reproduction without prior consent.)

3 thoughts on “The LORD of The Dance – Jesus, Shiva, Riverdance, Yoga, Sydney Carter, The Dubliners and The Shakers!”