So headed out yesterday with a friend Carlingford bound. On the way back we passed a Shrine in Omeath and went to have a walk around. Here we found a lovely, peaceful, holy place and Saint Jude’s Shrine in a place called Calvary.

There was also an outdoors Stations of the Cross. 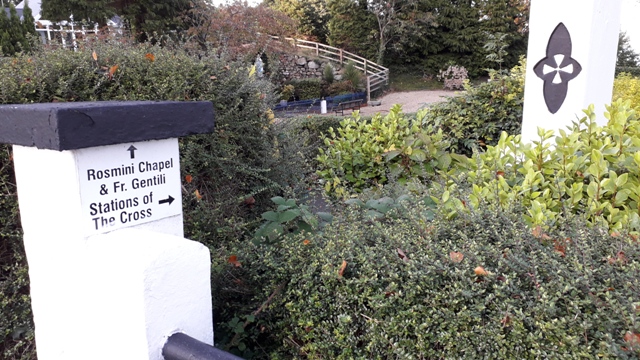 Beautiful place. Here is “The Shrine of Saint Jude”. Never been to a Saint’s Shrine, before, not that I recall anyway. I visited Lourdes, France as a child and also visited The Black Madonna in Montserrat, Spain. But that’s about the only two Holy places I remember visiting and that was decades ago with my parents.

But I did bring my Saints and Mystic’s cards with me! So here is the Saint Jude card at the Shrine. He  is Card No. 9 – Saving Grace. I had put them in the back seat of the car cause I thought my friend might like a look at them. Then I forgot about them completely until we stumbled upon this place. I recently wrote about this Saints and Mystics Oracle Deck. 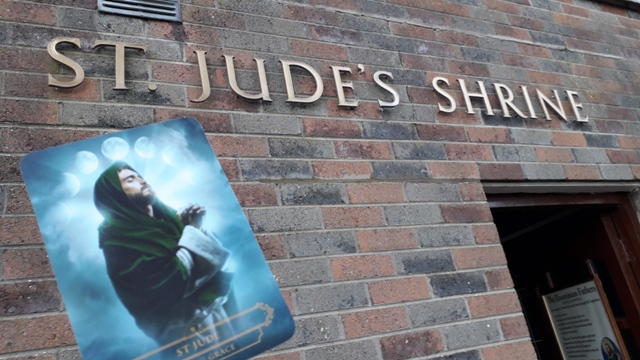 We did not intend to visit here and had never encountered this place before but on seeing it, we had to stop and have a walk around. Interestingly there was little cards about various Holy people but none about Saint Jude on this particular day. 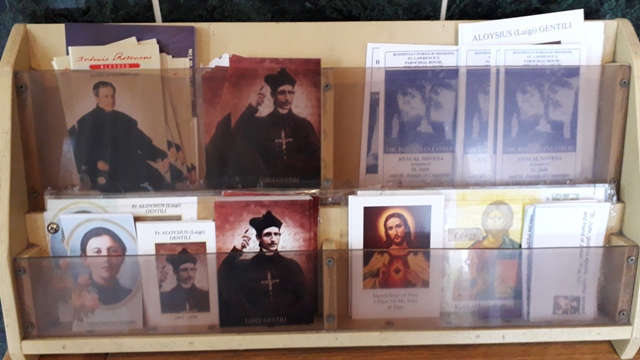 Saint Jude is the Patron Saint of Hopeless Cases or Lost Causes. The Hopeless, desperate, lost and Despaired. It is quite hard to find information about Saint Jude as he faded into obscurity for some time. He is not featured much in the gospels. But it is thought he was one of the closest confidants of Jesus and then went on to preach the gospel in various parts of the world. He was a Missionary and usually depicted wearing green. Green was associated with him as it is thought to be a colour of hope and renewal.

I can embrace most spiritual or religious paths as I think that at their core they can be pure and light. I think the darkness only comes in when they become entangled with war, money, politics, division, control, oppression or hate speech. They can be an immense source of light, comfort or solace for some and provide support and a sense of community.

I am equally into Pagan things as I feel very much a child of nature, and reading about mystics and stuff and am also interested in Eastern Mysticism. I am interested in having an awareness of world religions and cultures and different spiritual paths, knowledge and enlightenment. But at the same time I don’t have to adhere to any of these things.

A lot of Holy places are very beautiful and serene so I like them. I guess I am into a whole lot of things that this world has to offer that are nice. But a lot of people want to put people in boxes or find a box to fit themselves in. When life itself is an eternal mystery. I don’t think in life you have to adhere to one belief system but you can if it feels right for you. I think it is good to be flexible and open minded, but also to find your true calling.

The Missionary, Father Aloysius (Luigi) Gentili, an Italian native of Rome is buried here in a vault that is famous in Christian and Pagan legend. He was sent by Antonio Rosmini on missions throughout Britain and Ireland.

Rosmini had a tablet erected for  Father Gentili which is in the chapel. Father Gentili had a great love and sympathy for the Irish people, helping those in poverty and under nourished. He succumbed to the Irish Plague and died, age 47, in 1848 in Dublin. He was laid to rest in Glasnevin cemetery, then in 1938 his remains were moved to this tomb at the request of the Rosminians. There is also a Rosminian cemetery.

The little chapel is lovely and here you can look around, say a prayer or light a candle. 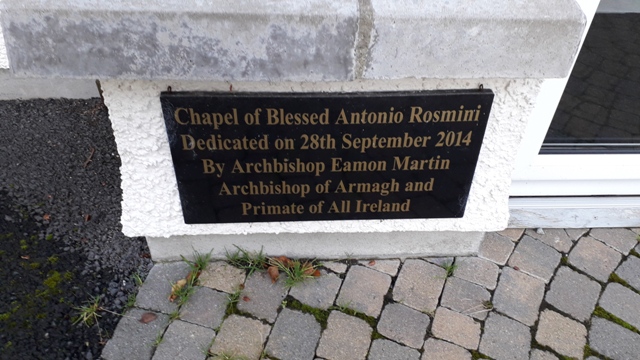 This place was calm and serene, there was no one around, there was a grotto, a tiny chapel and there were the Stations of the Cross. Prayer can be a way for some to try and heal themselves.  This is the beautiful grotto depicting the apparition of Our Lady to Bernadette in Lourdes.

There were memorials to souls who had passed on, flowers and statues. It seems this is a place of pilgrimage.

Saint Jude’s Shrine has a memorial area located on the shores of Carlingford Lough. Here you will see dedications to many people who have passed on. 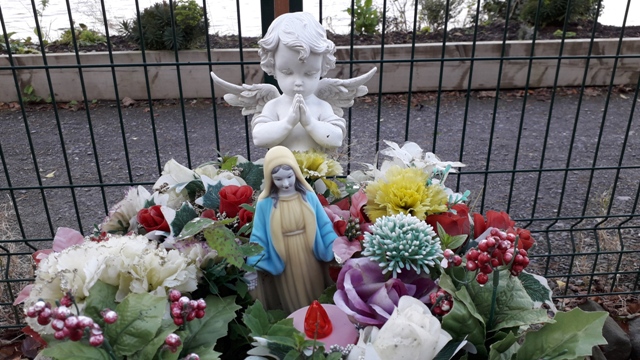 In coming across this place and what it has led me to learn about there have been a lot of synchronicities. In more ways than one.

Call on Saint Jude when all seem’s impossible and all hope seems lost. Saint Jude reminds you, you gotta have faith! Faith in yourself. 🙂 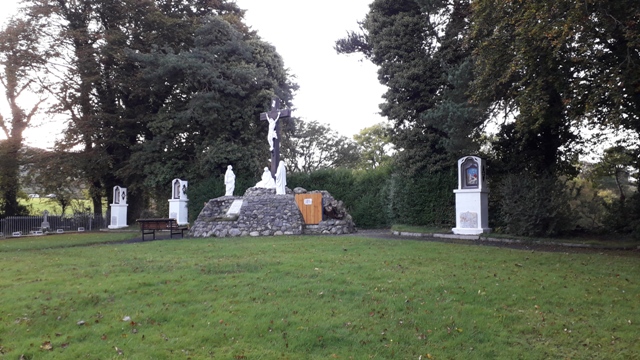 Every human experiences difficulty in their lifetime and every human must endeavour to overcome these difficulties. Saint Jude reminds us that all in fact is not lost and anything may be possible. In your darkest of hours, call upon Saint Jude.

Saint Jude is rooting for you. Saint Jude wants you to be the one that overcomes the odds. The last thing I noticed was the “Three O’Clock Prayer” which reminded me of a post I had written about 3am being “The Soul’s Midnight”.

Saint Jude Thaddeus, the Patron Saint of despaired causes is also known as “The Forgotten Saint”. In the 20th Century there was a rebirth in devotion to him. He was forgotten about as he was often confused with Judas Iscariot, the apostle who betrayed Jesus. So long an ignored Saint he became associated with lost causes. He is now one of the most popular Saints.

October is actually associated with Saint Jude. It is traditionally a Novena time of year for this Saint, often a 9 day one ending on his feast day. Saint Jude’s Novena actually started this weekend that I visited.  His Feast Day is October 28th. I picked up some information while visiting there and for this Shrine, it seems they have an Annual Novena in honour of Saint Jude in June. I also checked the Saint Jude book with the Saints and Mystics cards. Lot of nice information there. I will share this with you.

“Saint Jude conjures courage through dark storms, and strength from deep within the soul. When Jude is with us an encompassing sense of safety arises and wraps around our broken pieces of the self, rescuing us from darkness just when it seems about to crush our spirit.

Saint Jude makes himself available for healing on the psychic and spiritual levels as he operates on clearing the third eye, heart and solar plexus chakras, activating balance and internal equilibrium. He lights up darkened paths and clears the ways for us to find and accept help, teaching us that positive energies can only emerge when there is clear space for them to flow.

Saint Jude reminds us to remember that the light comes after the night, and with all cycles, every change is seen from the edge of the horizon. Although we must carry our own torch, there are those who will help us if we ask.”

This Blog Post is dedicated to the memory of Saint Jude and to anyone suffering desperate circumstances in life, in trauma, financial poverty, suffering great emotional distress, experiencing grief, illness or hopelessness in life or who are utterly lost or in need of rescue. Irrespective of culture, creed, ethnicity or location, this post is dedicated to those in need of healing. Much Love from Ireland. Xox

(This post and photos are by Anne-Marie at SupernaturalHippie.com – Not to be reproduced without prior consent.)

2 thoughts on “Saints and Mystics on Tour.. The Shrine of Saint Jude, Omeath, Ireland – Hey Jude :-) The Patron Saint of Lost Causes!”