Waiting for a Star to Fall is waiting for something unexpected and magical to happen that may never occur. That may be as rare an occurrence as a shooting star. Wishing on a Star. Hoping for something real that is unlikely or expecting something profoundly amazing. A once in a lifetime event that is out of the blue.

This song was released by “Boy Meets Girl” an American pop duo from Seattle in 1988. It was inspired by an actual falling star the female member of the band had seen at a Whitney Houston concert.

The couple had previously written songs for Whitney Houston; “How Will I Know” and “I wanna Dance with Somebody”. Waiting for a Star to fall was was rejected by Whitney Houston’s manager as not being suited to her and also by Belinda Carlisle who apparently disliked the song so the singers songwriters Shannon Rubicam and George Merrill decided to record it themselves.

It was a hit in the USA, UK and Australia. The couple met in 1975 performing at a wedding, married and had a baby who is the blonde haired girl featured in the video. They divorced in the year 2000 but still work together.

In 1972 David Bowie performed this song on Top of the Pops, as flame haired Ziggy Stardust in a multi coloured jumpsuit playing a blue guitar. This was the first time many people had seen Bowie and this intriguing performance shot him straight to Stardom. The Starman ended his career with the album “Blackstar” passing away 2 days after it’s release.

Lucky Star is a song written and recorded by the one and only Madonna. It was released in 1983 and was her fourth single from her debut album “Madonna”. Madonna was unhappy with the original recording of Lucky Star and brought her then boyfriend John “Jellybean” Benitez to remix it and some other tracks.

It was intended to be her third single but by that time “Holiday” was already a major dance hit. Madonna had originally intended to call her debut album “Lucky Star”.

“The theme of “Video Killed the Radio Star” is nostalgia, with the lyrics referring to a period of technological change in the 1960s, the desire to remember the past and the disappointment that children of the current generation would not appreciate the past.

The lyrics relate to concerns of the varied behaviours towards 20th-century technical inventions and machines used and changed in media arts such as photography, cinema, radio, television, audio recording and record production.” It was the debut single of The Buggles released in 1979. (Wikipedia)

Kiki Dee was born in Bradford, England and worked in Boots the Chemist as a teenager while singing at night with a dance band in Leeds. She was signed aged age 16 to Fontana Records. Star was a hit in 1981 with the Ariola record label reaching Number 13 in the UK charts.

Patsy Gallant is a Canadian Pop Star and Musical Theatre Actress from Canada. This is the song she is famous for! She was one of 10 children and age 5 sang with the Gallant Sisters leaving her older sisters to go solo in 1967. This song was a disco hit across the world in 1976 gaining her International attention.

This is a very heartfelt song and more so because the actor Michael Thoma, who played Mr Crandall, was at the time of this song battling cancer and very near the end of his life. In the first season he was diagnosed with cancer and had to be written out of the show, so his character, a drama teacher, loses his job as a result of budget cuts.

This song was sang to him in his final episode so his friends from Fame could say goodbye to him. It is very poignant and bitter sweet. He wasn’t expecting it and can be seen visibly touched and crying during the song. He had just returned after being away from the show for four episodes, having cancer treatments, when this finale was performed.

Sadly, he died not long after this, a few months later, at Cedars-Sinai Medical Center in Los Angeles,aged 55, September 1982 so this was their final tribute to him in his last TV appearance.

This is one of the few songs that can literally reduce you to tears as it has such a strong emotional resonance running through it. Along with the beautiful melody and heartfelt lyrics it has a power and intense vibration all of its own making it timeless.

If you felt touched by the song before and didn’t know the story behind it you will view the video with fresh eyes now and feel even more moved when you hear it. It has a melancholia and an air of beauty yet tragedy about it. It’s got a Soul and Purity that will always Shine on long after all the Kids from Fame are gone.

City of Stars was performed by Ryan Gosling and Emma Stone in the movie La La Land. The lyrics were written by  Benj Pasek and Justin Paul and the music for the song was composed by Justin Hurwitz.

“I was just composing it from an emotional place and thinking about the tone. I would say the tone is hopeful, but melancholy at the same time. And it kind of goes back-and-forth between cadencing in major and cadencing in minor, because I think that’s kind of what the song is about. You have these great moments and then you have these less great moments in life…”

This song was written by Muse lead singer Matt Belamy who stated that he first wrote the song on a boat in bad weather. “In the video, the band perform on the deck of the MS Ocean Chie, a handysize bulk carrier. Band members are also carrying flares, in an attempt to get rescued, but in the end this fails and they are abandoned. This relates to the song’s lyrics, which mentions ships and abandonment.” (Wikipedia)

“We are Stardust we are Golden. And we’ve got to make our way back to the garden”. This song was a cover of Woodstock which was written by Joni Mitchell. Mitchell wrote the song about the iconic Woodstock Music Festival of 1969 while watching televised reports on the TV. She was gutted not to be there as her manager had booked her on a TV show instead.

David Nash of Crosby, Stills, Nash and Young, who also covered the song, said in a Joni Mitchell documentary that she had “captured the feeling and importance of the Woodstock festival better than anyone who had actually been there.”

Iain Matthews would later admit he felt uneasy upon meeting Mitchell as he had changed the melody as he couldn’t reach her high notes but she told him she actually preferred his arrangement. The Woodstock song is now a Worldwide Counterculture Anthem. 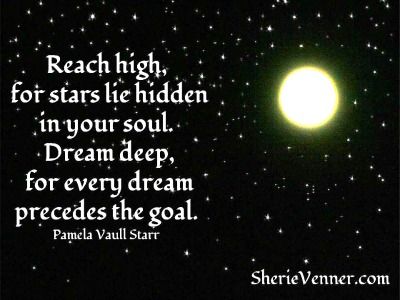 8 thoughts on “Songs about Stars…”