Winter Solstice falls early morning Sunday 22nd December or late evening Saturday 21st December this year. (In the Northern hemisphere). So essentially what you would perceive to be late Saturday evening between midnight and dawn. A perfect place to welcome in this time of year might be at the Ancient sites of Newgrange in Ireland or Stonehenge in England though many celebrations happen throughout the world and have done in many cultures since Ancient times.

Hope you enjoy these photos of one of my recent Nature Walks. I do like walking in Nature. Such an exquisite contrast to the life of cities. 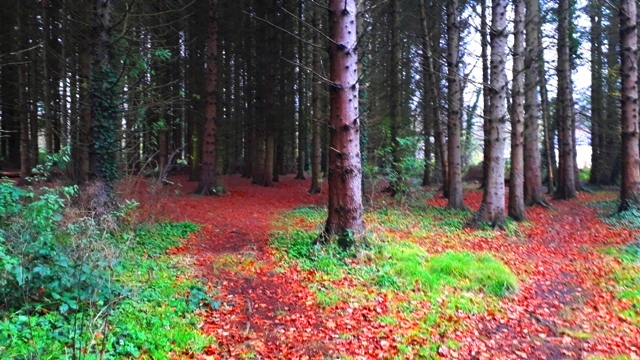 The Shortest day and the Longest night

The Winter Solstice marks the shortest day of the year and the longest night. It is one of the oldest Winter celebrations in the world. It is also known as Yule. Darkness has now reached it’s peak. This is the point of the year when we reach ultimate darkness which then gives way to the light. From this point the days will become longer and the sun is reborn.

There are many things in Nature we associate with this time of year. Holly and Ivy were abundant at this time of year and used for decorations and to welcome nature sprites. Apples. Oranges and Cloves are also associated with this time as are Evergreens and Yule Logs. Evergreen’s represented the eternal and immortality and civilisations like the Ancient Celts had strong beliefs in life after death. 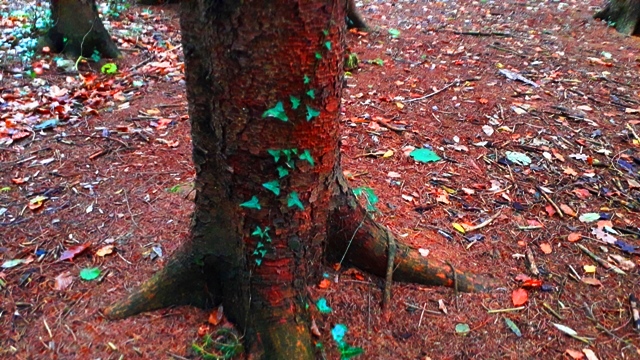 In ancient times fires were lit at this time to bring warmth while people drank spiced ciders or wines with cloves and cinnamon. Hence mulled wine is traditional at this time of year. It was a time of merriment, warm fires brought light while people drank, feasted, engaged in theatre and made music. People welcomed and celebrated the turning of the year. If you cannot make merriment round a blazing fire with kindred souls, you can light a candle in the dark.

Saying Goodbye to The Darkness

After this night passes the Goddess gives birth to the Sun King and we say goodbye to the the dark part of the year. The sun is reborn and stays a little longer in the sky from now on. I like this light green leaf amongst the autumnal ones. 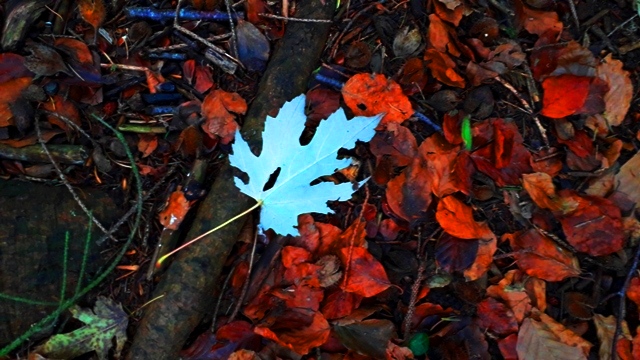 Turning over a New Leaf

A time for Reflection

Certainly a great time of year to reflect on what has passed and to consider setting new intentions.

There’s still a lot of mushrooms/ toadstools / fungi / about.

Spotted this tree. It is not a Holly tree and I am not quite sure what it is but it was very bright and pretty. 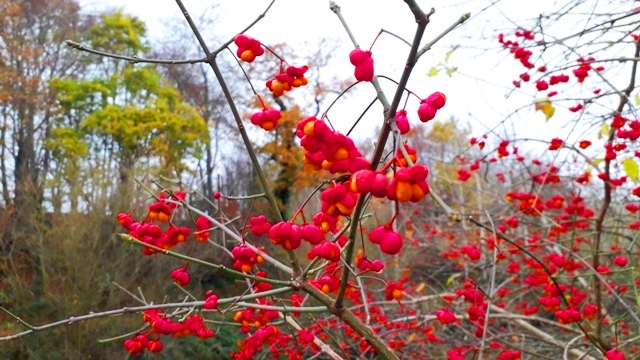 In Ancient times Holly represented good fortune. It’s prickly leaves were thought to repel undesirable spirits, it’s red berries represented feminine blood and it was sacred to various Goddesses. Mistletoe was associated with the divine. It was deemed sacred in Druid traditions and seen as a healing and protective plant.

This photo taken with a humble phone camera does not do this Holly Tree justice. It was bright, vivid and absolutely flourishing with fruit. It seemed to appear Magically as if overnight, bursting into existence. Nature’s Christmas Tree. Very beautiful to come across.

Holly Branch by the river.

A White Feather on the Forest Floor. If you are interested in symbology; should a white feather cross your path it may mean angels are near, a loved one is looking out for you, help may be close at hand or simply that everything is going to be okay,

The Night of the Winter Solstice, the longest night, is a time for introspection and nurturing, looking inward and planning for the future and rebirth. Time to stir up a fire in your soul so you can make manifest dreams and desires for the year ahead.

It’s the Dark time of the year and you can hibernate and snuggle up in the warmth. Or you can choose to wrap up warm. embrace the elements and Dance in the Dark. 🙂

This Winter Solstice coincides with the peak of The Ursids Meteor Shower. If you’re lucky you might spot a shooting star!

The Music above is “The Sacred Flame” by Composer Peter Gundry described as a “Celtic piece celebrating The Winter Solstice.”