“Body Rock” was a catchy Dance Hit from the 1980’s. It was performed by American Singer songwriter Maria Vidal. It was high tempo with a rocky edge and was popular on both the UK and USA Charts. It is the song she is famous for and is now regarded as a One Hit Wonder.

Maria Elena Vidal was born in the USA in 1960. She was in a New York based band called Desmond, Child and Rouge before she went Solo to make an album with the EMI Music label. She worked with producer John “Jellybean” Benitez who famously worked with Madonna.

While she was working on this album she was asked to sing the Theme song for the 1984 movie “Body Rock” produced by Phil Ramone. The song became an International hit and Maria Vidal toured around the world promoting it. 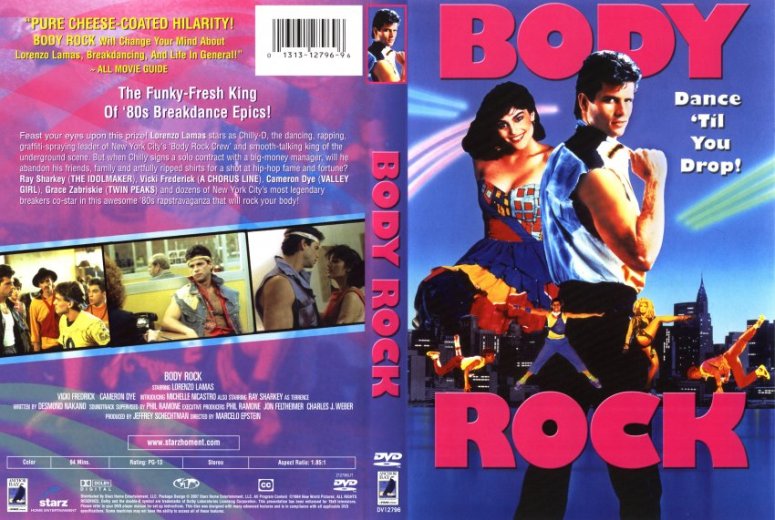 Lorenzo Lamas starred in the lead role of Chilly

The movie also featured music from 80’s sensation Laura Branigan. It was a film about a boy from the streets with a talent for Break-dancing starring Lorenzo Lamas in the lead role of Chilly. (You may remember him from the series Renegade.) It also starred Michelle NiCastro and Vicki Frederick.

This movie had a fan base but bombed at the Box Office and Lorenzo Lamas even received a Golden Raspberry for worst actor for his performance! Ouch!

“In his book The Official Razzie Movie Guide, John J. B. Wilson, founder of the Golden Raspberry Awards, listed the film as one of The 100 Most Enjoyably Bad Movies Ever Made.” (Wikipedia)

Lorenzo Lamas could also be classed as a One Hit Wonder too as he performed his only billboard 100 hit in this movie, “Fools Like Me”.

The Body Rock movie made Maria Vidal an Eighties Pop Sensation and is considered a Dance Classic. Will leave you with the Extended Version.

“Born on a hungry street
Children of darkness grew upon the beat
Anything in our way
We’ll just move away
I got the heart to win
You got the eyes that say that I can
We’re gonna turn this town upside down tonight
They can’t stop us now..”