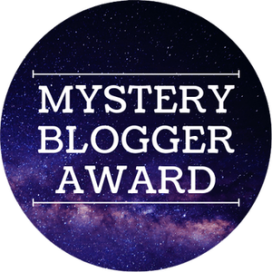 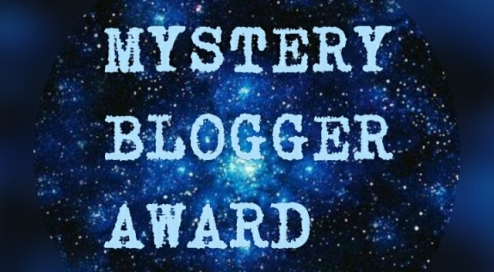 Thank-you REALITY DECODED for nominating me for the MYSTERY BLOGGER AWARD. And sorry for the delay in replying as I have been offline the last week. I love the sound of this Award as I LOVE a good MYSTERY. 😉 The creator of this award is Okoto Engima.

Here are THE RULES

Eeek! These are difficult!

1. No I don’t think it would be a good thing if people were immortal. I think it would get tiring. You would probably see History repeating itself. And if all people were immortal the population would be epic. I will leave the romance and mystery of immortality to the realms of fantasy and the supernatural. It’s what sets Vampires apart and gives them more mystery as well as tragedy.

I think some people become immortal in that their work and impact live on after their deaths. And some cultures believe we are immortal in the sense our souls still exist and there are those that believe in reincarnation. I think we certainly all feel immortal unless something happens to change that. But we are all mortal and I think immortality would be too much. But we should all try to create something good to leave to the planet that will make someone remember us after our death. Even if that is just a kind word to someone.

Like I said we all feel immortal. And we forget that we are not. One day we will all be dead but will our blogs still be floating out there?! We need to remember that we are mere mortals and get moving with our lives. Immortality may exist but not in the sense that one human being can live forever on this earth in the same lifespan. This existence may not be all. But we still need to do something meaningful with it. Moments will come that will make us realise we are not immortal and those moments are wake up calls.

2. No I would not eat that. It sounds too artificial! And I expect there would be dire consequences. It would probably have terrible side effects. I like natural and organic things. There may be a food of sorts that does cause this but it would be better that it was a natural high in the right time and place and context.

3. Money. Yeah the world might well be better without it. There is too much emphasis put on it. I don’t know what the alternative is. But currently Money is the currency of freedom but I think we should all be Born Free regardless of money. Lack of it can ruin lives. Too few people have a lot of it. It certainly creates a divide between rich and poor. It can give the wrong people too much power but help good people do great things.

I mean if we all had a lot of money we could probably live our dreams and the lives we were destined to. Lack of money can mean that we don’t yet most of us are slaving and that’s sad. Money seems like a magic wand. But why is society like this? It would be great if money was inconsequential to having a good life but it’s not. Most people say they cannot do what they want to do in life because of lack of money. Poverty can create awful circumstances with regards to lack of opportunity, inability to travel, lack of proper health care, nutrition, education and violation of human rights. Money is so important in the modern world. It is too important. And we are moving to a cashless society which will makes things worse as it is electronic money and more controlled.

4. Number one killer of humans on earth, I don’t know. I will just have to google it! I will say though that “Giving up” could be. I read a book called “Man’s Search for Meaning” by Victor Frankyl once about a man who survived the concentration camps and in it the author pointed out that giving up was the most certain sign that someone was going to die.

I would say a lot of people would say this disease or that. But I would say they all have a common denominator. I would say the number one killer of humans is that they are eating the wrong diet and it is making them ill. All disease begins in the gut according to Hippocrates the Father of Modern Medicine. He also said Let thy food be thy medicine and let thy medicine be thy food. Mind Body and Spirit. We need a healthy body and mind and a passion outside of ourselves. It sounds simple but a Plant Based Lifestyle could prevent a lot of premature deaths, chronic health conditions and suffering. Also taking pharmaceutical drugs have a multitude of side effects some fatal. They can cause anything from constipation, liver damage, bone erosion to death. What you eat has a huge impact on your wellbeing and functioning. Health is not outside of ourselves it is within. Take your power back. There are some illnesses, life events, accidents, injuries we cannot control but there are a lot we can control.

5. I wouldn’t erase anyone from anything. I don’t see people in terms of classes. And there are good and bad people in every class, creed, country. Out modern world seeks to divide rather than come together, I think out world could be very different and much more beautiful. So I wouldn’t erase any group. But encourage people to come together more. Spread the Love. And definitely spread the wealth! Everyone has something to offer someone else. A rich man may give a huge sum of money to a man that could cure his ills or reverse his disease. A poor man may reject a huge sum of money to give up the land he has lived on and is connected to. Some people have wealth and no class. Some have class and no wealth. We live in a world of contrasts and uncertainties.

Three Things about Myself

Okay so I have to nominate people that post fairly regularly and that have some element of mystery in their blogs and that also might actually want an award. So here goes… I might add to this as I think of more…

And the nominees are…

Sorry to anyone feeling left out or not mysterious enough! LOL. And if you are not into blogging awards no worries. But I am nominating you because I like your blog. So take a compliment!

Here is a mixture of some random posts…

Out of Sight by Chelou – Trippy, Cosmic, Psychedelic Music Video and the Psychedelic Art of Robin Eisenberg

Dumb and Dumber as a Horror Thriller

DRACULA Chocolates and Alcohol from Transylvania

No time limit or rush to accept your nomination…. But maybe in March would be good. 🙂