HAPPY MOTHER’s DAY in the midst of a PANDEMIC – Mama Mia!

Greetings. In the midst of PANDEMIC. HAPPY MOTHERS DAY to all you mothers out there! Isn’t this a SUPER CUTE CARD. 🙂 Got it for my mum. Mama Mia was a fun movie. I nearly made it to that island one summer. Skopelos. But I missed the boat. Remember getting driven up the Peloponnese Mountains to go to a place to get a ferry. But didn’t go. 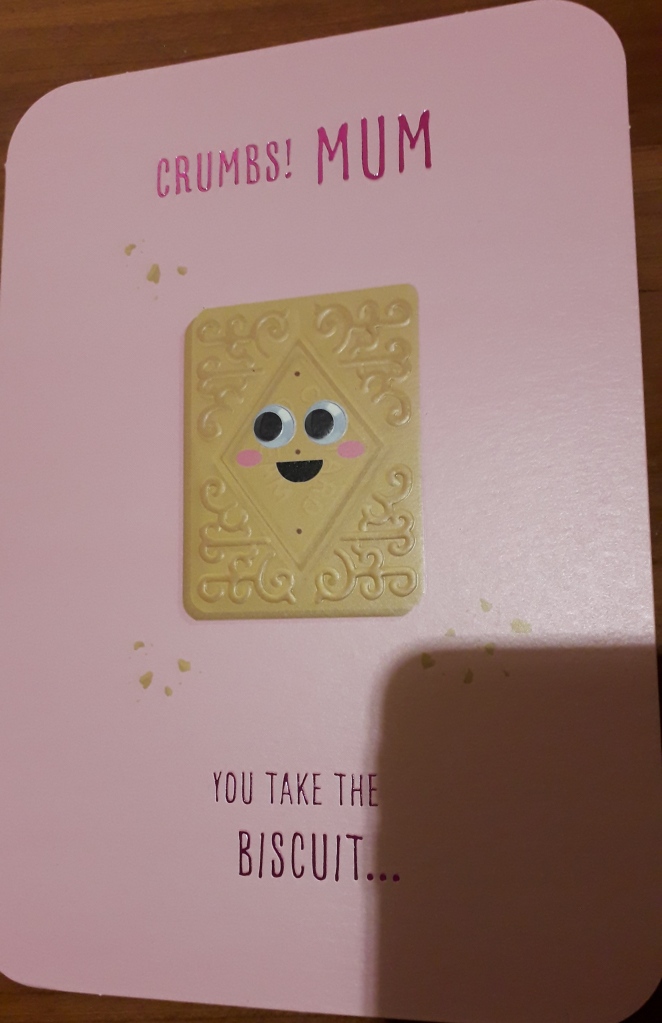 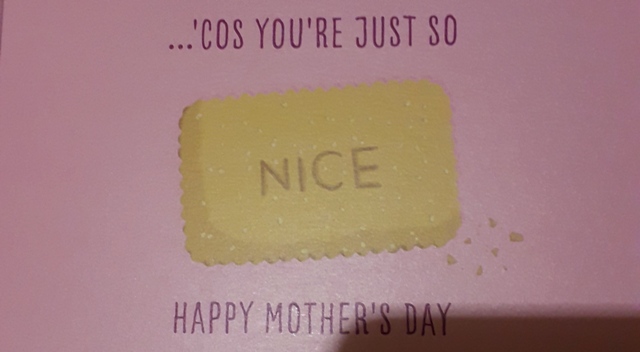 Decided not to get a TV

Soooo I don’t have a TV. Which in the current climate is probably a GOOD thing. As everyone seems terrified. I nearly panic bought one out of boredom. But then realised I would also need to panic buy a TV licence and then panic buy some kind of TV package which led me to realise it was all too much and I would be fine with NETFLIX.

Electrical Appliances are flying off the shelves

As my computer is about to break down and my phone is playing up I thought I needed to look at laptops, tablets, phones. Everywhere I went was out of them. I looked online and then I gave up as there are chromebooks, netbooks, all kinds of books and computers have just got really super confusing to me. Plus the tablets are confusing. And even finding one to draw on seems difficult unless you spend like 750 which I don’t have. Seriously there was so much choice and also nothing available so I just thought I am better off reading books right now.

Plus no computers now come with a dvd player or cd player which is big time buggable. Cause I would like to watch DVDs if the internet crashes which it keeps doing. My current computer has 2 Terabytes of storage space but new ones have way less plus they don’t have Microsoft Office on them you have to pay monthly or something for that now. Soooo glad I have records and a turntable. I still have CDs and even videos. I am collecting vinyl and keeping my books. Cause if digital goes where are we??? This really hits home in the Dystopian movie Equilibrium….

My Nutri Bullet that I had for years broke. And I had already panic bought lots of stuff to make smoothies with! LOL. So I went to get a new one and they were sold out. But I got one to get delivered, PHEW. A couple of the shops were saying they were making more than triple what they made at Christmas!

The VEGETARIAN Freezer Section was EMPTY 😦

I sort of panic bought some food. But then I ate it. This was the FREEZER section at Sainsbury’s yesterday. I could not panic buy frozen veggie food as there was none. Or Pasta. Or Rice, Or Pasta Sauce. Or Flour. Or tinned tomatoes. Or Heinz Baked Beans. I can’t panic buy all the things we are being told to panic buy. Last week I panic bought a heap of chocolate. But then I ate too much chocolate. So anyway now I am just gonna chill. I am not gonna panic buy because I will just eat too much. I think Panic Eating is a “thing” now.

Organic Vegetables Fresh from the Farm

I am now getting a delivery of FRESH ORGANIC VEGETABLE produce once a fortnight delivered which is super cool. I got in, in the nick of time as they are not taking any more orders. I did my first TESCO online delivery a couple of weeks ago. All good. My friend has been telling me last few days he cannot figure it out or get a delivery in the next 3 weeks. He’s afraid to go out. He is super panicked as he has Diabetes and needs to inject insulin and also take some kind of medicine and his doctors surgery has closed plus his delivery was a week later than usual. Plus he is worrying now he will run out. I don’t know much about Diabetes though.

My friend in England is panicked as she had waited ages to see a consultant in London about an urgent health problem and now her appointment has been cancelled. She’s not going out either. But that is because she is already not well. I am okay. I feel in good health. But am seriously done with supermarket shops! A friend in Romania says it is very strict there with military and people needing papers and stuff and people can get tough prison sentences and fines for just going out. Another friend is worried about an elderly parent. So I guess everyone is worrying about something.

Is it Hayfever, Cold, Flu, a regular sneeze or cough or Coronavirus

Every time I get a weird pain or sneeze or get out of breath I am thinking… have I got this thing? Then I realise it’s hayfever or just a regular sneeze. I hope I don’t get this thing. Or anything. Cause the last place I would want to go right now would be a hospital! Anyway so far so good. I don’t know anyone that is sick with this.

But I do know lots of people sick with other stuff that have had all their doctors and hospitals appointments cancelled that are seriously worried about health conditions they already have, while also being told to worry about a virus they could hypothetically get, when they are actually more worried about things they already have! Meanwhile they get sicker and more stressed. I feel really sorry for the elderly and anyone with an existing health condition right now. As well as, obviously, anyone that gets this virus.

I am going to also socially distance myself from my smart phone as it is starting to scare me and drain me. And it;s just a “thing” it’s not real. On the plus side there are some cool videos and memes floating about. Went out into sunshine and nature today and it was lovely. My internet is not working a lot and my phone is not connecting a lot to calls. So there could come a point where I am completely disconnected. Maybe we all will be. My friend said to get an old style radio in case everything goes. I doubt it will come to that.

In the meantime… I was running out of things to watch on NETFLIX and so I signed up for a free trial with AMAZON PRIME. Tonight I am going to watch BLINDED BY THE LIGHT. It has a really great soundtrack and centres a lot around the music of Bruce Springsteen. I started watching the beginning yesterday and it looked good. Things seemed bad in the 80’s too…there was some down times then. But they had great music. 🙂

Blinded by the Light song

So for me “Blinded by the Light”  was an ultra famous classic song that I adore from the Seventies by Manfred Mann’s Earth Band. It’s featured in many movies. Here’s a bit of trivia for you. It was actually written and originally recorded by Bruce Springsteen and first appeared on his 1973 debut album, Greetings from Asbury Park, N.J. A. You will learn this and other interesting trivia when you watch the film. 🙂 I had no idea Bruce Springsteen wrote “Blinded by the Light” prior to watching this. 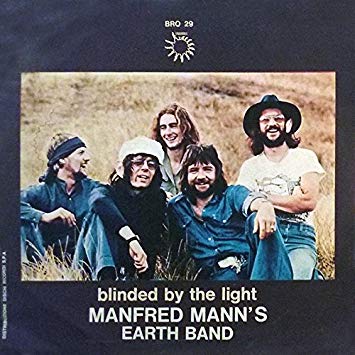 Blinded by the Light is a comedy-drama directed by Gurinder Chadha and was inspired by the life of a journalist called Sarfraz Manzoor and his love of the works of Bruce Springsteen. It’s set in Luton in 1987, stars Viveik Kalra and premiered at the 2019 Sundance Film Festival. 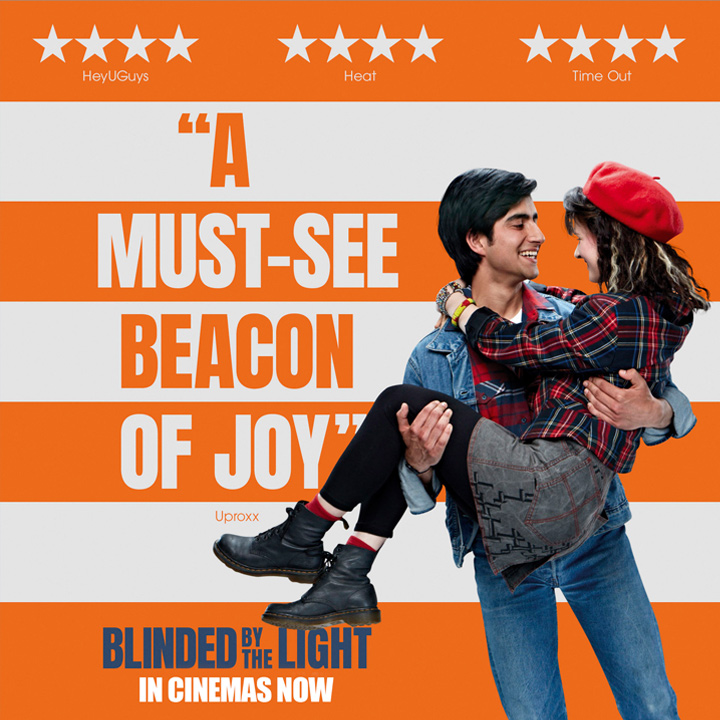 In my life time I cannot remember anything as bad as the current situation which is super freaky on a multitude of levels. There also seems to be one stream of thought about this. I have a lot of thoughts and questions. Maybe I will write about that another time. So anyway this movie looks quite fun. 🙂 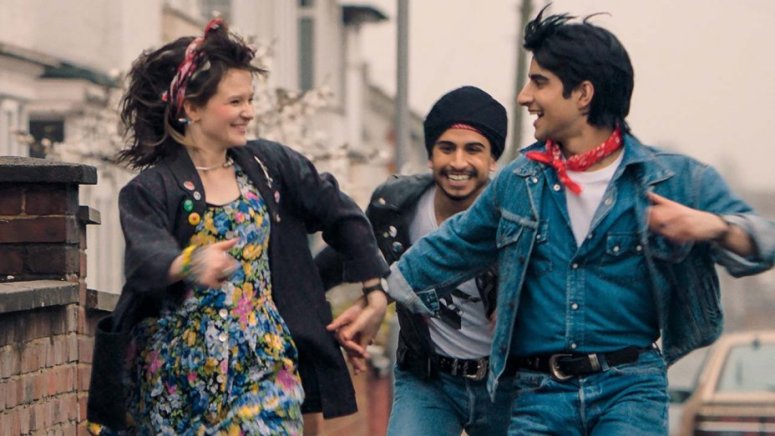 HAVE A GREAT WEEK…. Hope you are all coping with the current situation… 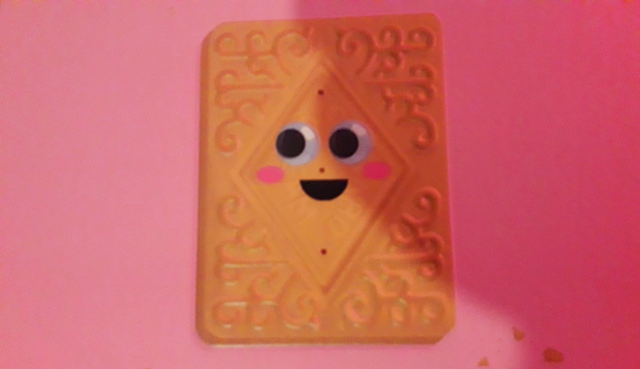 (This post is by Anne-Marie at SupernaturalHippie.com – No unauthorised reproduction without prior consent.)

20 thoughts on “Mothers Day, Mama Mia, Manfred Mann, Blinded by The Light, Bruce Springsteen and Panicking about Panic Buying in a Pandemic”